The CV is Dead 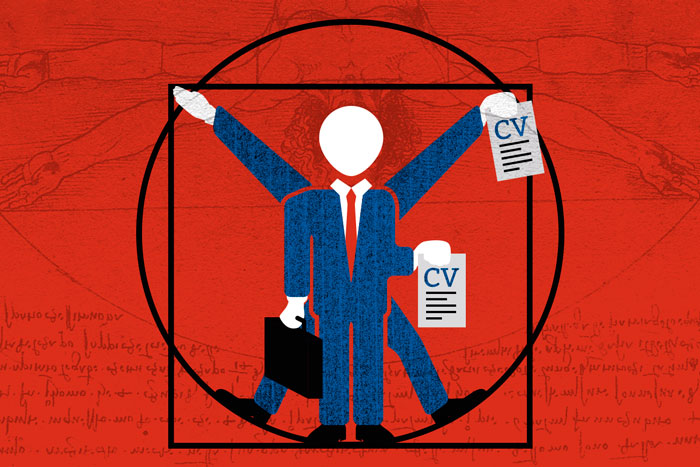 The CV is Dead

In May 2016 I wrote a blog titled “Your CV is not redundant”. The theme of the blog was that the CV has been around since the days of Leonardo da Vinci. He handwrote a letter with his list of capabilities in 1482 and sent it to Ludovico il Moro, Duke of Milan.

The point that I was making is that a really well written CV can still help you secure a great job opportunity and given that it has been around since the late 1400’s, it is not going to disappear quickly.

I was wrong, well in part, let me explain.

My view is that we have got to the point where a CV is just evidence of your history, timelines and existence. Like a birth certificate for example.

There are multiple reasons why I feel that just sending a CV is really ineffective; here are some of them:

In today’s Digital age people can send their CV to a job advertisement in less than 30 seconds. A high percentage of people apply for jobs that they do not have the skills nor experience for. This means sifting through hundreds of CV’s is a massive drain on resources and relevant CV’s get lost in the masses.

There are too many opinions on what constitutes a great CV. We try and limit the number of roles that we work on where we just send CV’s for example a recent role that we worked on, where one of our candidates who I have known for several years was rejected. He is a great candidate; he would have been an asset to the organisation. The client mentioned that the CV was too long and he did not get an interview.

In another scenario, we educated the client on the benefits of using our Smart Source service offering and worked in partnership on the role. We sent a CV and a video clip of the candidate answering three questions, which the client had given to us as part of the initial brief. The candidate’s CV was not great.  He wrote a revised CV at my request, but it was the video interview which made the difference.  He is now doing a great job for the client. They would not have interviewed him without the video clip.

The willingness of the hiring manager to work in partnership with us, do things differently and talk about this candidate rather than “Just send CV’s which match the brief and we will get back to you” made all the difference.

Organisations are very much entitled to their opinions. However, if you do not start to change your hiring processes and do something more Agile, you will continue to be overworked due to outdated recruitment processes and your competitors will get the best talent.

Another reason why just sending CV’s does not work is Buzzword bingo!

Buzzword bingo is when a candidate has aimed to make their CV or LinkedIn profile more attractive by adding the dominant market buzzwords.  This makes sense for the candidate of course.  If the agency or internal recruitment team does not take the time to do a deep dive into what the role entails, they run the risk of gravitating towards candidate profiles with all the buzzwords and certifications without focusing on what the candidate did in their previous roles. How did they do this? What challenges did they overcome? What outcomes did they achieve?

As mentioned, there are better ways to recruit these days. Here are some of them.

We have been doing this for 12 months plus now. We are saving clients 50% to 75% of their time spent on recruitment per vacancy. Candidates who conduct a video interview with us are 70% more likely to get the role.

In certain industries this is already working well. For example, the British army and companies in the gaming industry are using VR headsets to show a much higher level of excitement, realism and detail to build their employer brand and to excite prospective candidates.

From chatbots that foster relationships with candidates, to algorithms that identify what environments and cultures the prospective candidates will perform well in, AI is already being used in recruitment. AI can also eliminate bias.

We have a chatbot on our website and hope to integrate this into our database later this year. Chatbots save organisations time, but do not replace human interaction.  They allow organisations to get through large volumes of applicants and then talk to those who have been assessed by the chatbot or algorithm. There are tools such as Textio, which enable organisations to write better quality advertisements, without bias.

In conclusion, recruitment has changed yet again and embracing the change and exploring new ways of hiring the best candidates is how you will get a competitive advantage in the war for talent.

We will continue to ask candidates for their CV’s, as changing the way that the market works will take time. However, I am 100% certain that the CV will become an administrative part of the process for those who want to innovate.

As an apology to Leonard Da Vinci, we have named one of our products under the Smart Source banner – Da Vinci. This is our statement of working offering for the best contractors on the market.

Momentum Search and Selection is the first of a new breed of talent partner for Australia.  We are a dedicated, full-service talent acquisition and solution delivery partner focusing exclusively on the Agile, Business Agility and DevOps domains.